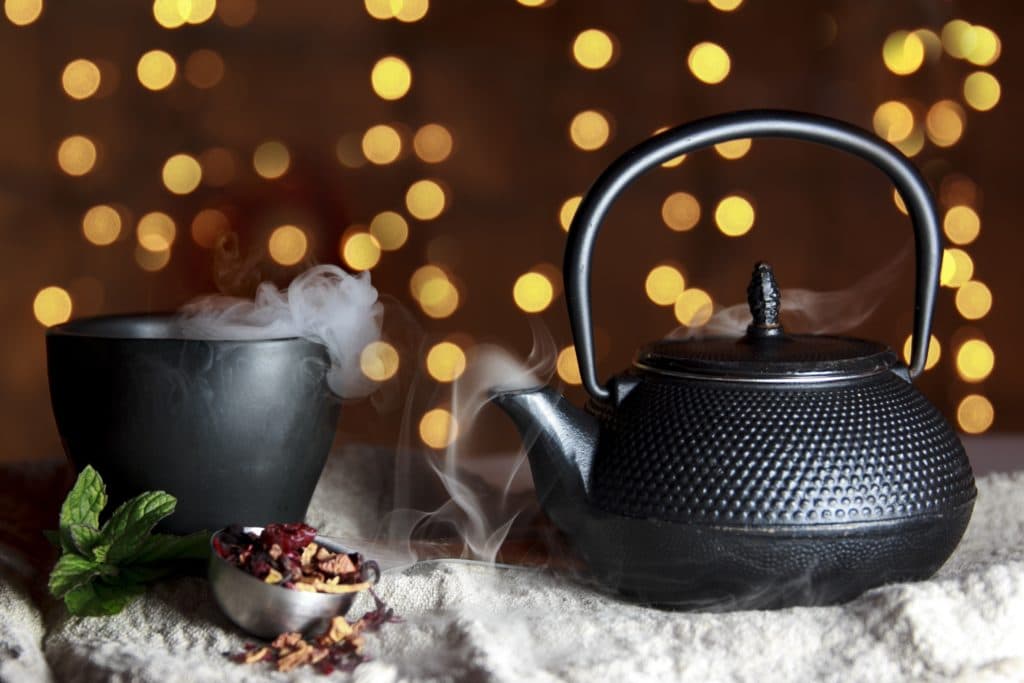 Anyone who is a true tea lover knows that there really is nothing quite like the perfectly brewed cup of tea. Whether it is green tea, black tea, oolong or some herbal blend, drinking tea really is an enjoyable part of life. Of course, the sheer enjoyment factor is only scratching the surface when it comes to the benefits of tea. Drinking tea is a very good way of giving your mind and body that much needed alertness and prevent us from being stagnant and tired. The natural ingredients found in tea are believed to be responsible for keeping the brain active and increase the level of awareness in us.

For many years, tea has been regarded by different civilisations as advantageously healthy. It contains several unique components such as antioxidants, polyphenol, flavonoids and others. The end product is composed of extracts from leaves of a tree called Camellia Sinensis. The leaves are processed and cured using different methods such as drying, steaming, and fermentation. Water, coffee, and tea are the most popular beverages consumed by the world but tea is the most complete when it comes to nutritional and health benefits.

When it comes to variety, tea can be consumed in different forms. White, yellow, and green teas are less processed and they contain the most amounts of antioxidants. Tea, in general, is not that tasty compared to coffee and carbonated beverages. It is primarily characterized by a slightly bitter and astringent taste but the overall aroma and healing effect makes it very suitable for health conscious individuals.

The most popular healing claim of tea is its ability to prevent the alleviation or development of certain types of cancers such as ovarian and gastric. While there is no definite scientific proof, many people think they have avoided the risk of deadly cancers while consuming at least four glasses of brewed tea every day. Aside from cancer prevention, tea is also credited for decreasing the possibility of incurring coronary heart diseases, neurological conditions, and diabetes.

However, many Americans today are leaning towards commercial iced teas rather than the natural brewed type. The main issue of iced teas is that they usually contain lots of sugar, flavor enhancers, and calories. The main healthy ingredients such as polyphenol and antioxidants are lesser so the original benefits one gets are also decreased.

Based on popularity, tea is way ahead compared to other beverages. In fact, it is second only to water for the most number of consumers worldwide. According to the Empire of Tea (2004), the rate of consumption of tea is equal to the rate of different types of beverages including soft drinks, coffee, and alcohol. This just shows that many people regard it as the best beverage when it comes to health benefits.

Here are the benefits of drinking tea every day:

Obviously, the tea itself doesn’t contain any magical qualities that will dissolve your stress. But the process can become a great way to relax, rejuvenate and de-stress your entire body and mind. It’s in the act of brewing and drinking the tea that the real stress relief comes in. By now, everyone knows that stress can wreak havoc on every system in your body. Finding an effective stress relief outlet is very important, and drinking tea is perfect. Coffee has more than 3 times the caffeine that tea has. Excessive amounts of caffeine can result in jitters, sleeplessness and even headaches.

Tea Prevents Cancer And Other diseases

Drinking tea boosts our immune system and helps us fight different kinds of illnesses. Much has been written and said about the cancer prevention properties of tea, especially green tea. It can get complicated, and opinions will vary, but the basic philosophy is pretty simple. Compounds known as free radicals can cause oxidative stress inside the body. Tea contains antioxidants called polyphenols that will destroy free radicals and thus lower your chances of getting cancer. Tea contains several antioxidants that help protect your body from toxins that cause several diseases. It also helps delay the aging process.

Tea helps reduce chances of heart attacks and strokes – blood clots formed because of high bad cholesterol (LDL). These clog the arteries and result in strokes and heart attacks. Tea acts as a de-clogging substance that cleans your arteries by eliminating the fats that cause the increase in your bad cholesterol levels.

Tea is a natural source of fluoride, and contains calcium and magnesium which can help prevent cavities and build healthy bones and teeth. It also contains catechins, which will kill bacteria inside the mouth and help prevent bad breath.

With all of the wonderful benefits of drinking tea, perhaps the most important is its wonderful flavour. Nothing can quite compare with the taste of a perfectly brewed cup of tea. And with so many different varieties to choose from, you’re sure to find one that is perfect for you.

Tea produces high mineral density bones. It keeps the bones healthy and strong. Medical experts have attributed this to tea’s many valuable phytochemicals

Tea improves dental health. Studies have shown that drinking as well as gargling tea have made big contributions in having healthy teeth and gums. The polyphenols found in tea prevents plaque from sticking the tooth surface. It stops certain plaque producing bacteria from multiplying and decaying the teeth. If you want to live a healthier life, you should drink tea every day.

4 Ways Sugar is Toxic to Your Body